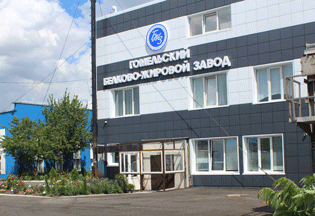 The main direction of the enterprise is the provision of services for the disposal of animal waste for meat processing enterprises, livestock complexes and other enterprises. The available equipment and technology allow us to obtain the most valuable products as a result of waste processing - meat and bone meal and fodder and technical fat.

In 1980 , the construction of a meat and bone meal factory began on the basis of the Pravda state farm. According to the act of the state commission on acceptance of completed construction of June 29, 1982 and on the basis of order No. 70-k of July 7, 1982, the agricultural department of the Gomel oblast executive committee, the Gomel Veterinary Sanitary Plant was established.

The main activity of the plant was the production of meat and bone meal and technical fat by heat treatment of veterinary confiscates, waste received from meat plants, poultry farms, slaughterhouses and other enterprises. The budget subsidy was initially envisaged.

The plant was headed by director Nikolai Afanasyevich Barsukov (1982-1987).

Under his leadership, residential buildings were built on Karl Marx Street; 27 apartments and two three-story buildings on ul. Soviet RP Bolshevik, which stood out to the employees of the enterprise. The number of employees at that time left - 87 people. The output was OKBZH - 15-20 tons per month and technical fat 10 tons per year.

From 2001 to the present, the plant is managed by Victor Neveykov , two large-scale reconstructions were carried out under his leadership.

The first in 2009 , the reconstruction of the production workshop of the main production was carried out with a complete replacement of technological equipment. This reconstruction made it possible to improve the ecological situation in the region, the enterprise started working profitably, which did not require budget subsidies, and produced high-quality products that were in demand not only in the Republic of Belarus, but also abroad.

The production capacity of the enterprise after reconstruction was calculated to process up to 30 tons per day, which is 6000 tons of raw materials per year, to produce: meat and bone meal - 120 tons per month, technical fat - 40 tons per month.

In 2012 , on the basis of Decision of the Gomel Regional Executive Committee of September 28, 2012 No. 992, the communal unitary enterprise Gomel Veterinary Sanitary Utilization Plant was transformed into the open joint-stock company Gomel Protein and Fat Plant .

In 2015 , the second modernization of the main production for the disposal of animal waste and the production boiler room was carried out, with the possibility of working on an alternative type of fuel - technical fat.

This modernization allowed us to increase production capacity by another 4 times, while producing 500 tons of flour per month and 180 tons of fat per month, the amount of processed raw materials amounted to 120 tons per day.

The fleet was technically re-equipped with modern special vehicles for loading, collecting and transporting waste, equipment was purchased for loading finished products, as well as equipment for delivering it to consumers.

The number of employees at the enterprise today is 59 people, for them, according to the collective agreement, a full social package is provided.

Over the 2016 year, the average monthly salary amounted to 780 rubles, but in 2017 everything is done to reach the average salary of 1000 rubles and higher, in May 2017 the average salary was - 910 rubles. At the same time, workers who have retired from the enterprise, who are also allocated all that is stipulated by the collective agreement, are not ignored.

Currently, work is underway to increase production capacity, tenders are being held to purchase new equipment that will allow the company to operate with even greater profitability of manufactured products, which will increase the wages of the company's employees. 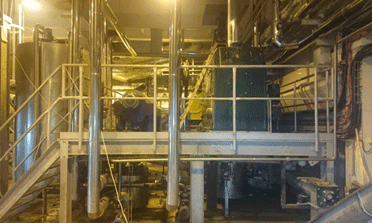 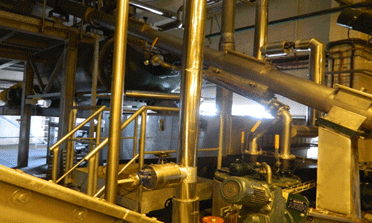